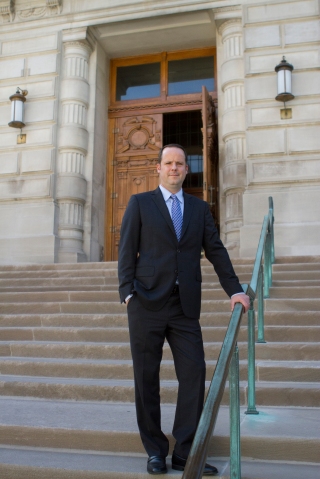 Jon has worked with the Indiana General Assembly, Governor’s office and administrative agencies since 2009. He is highly regarded for his integrity, advocacy skills, strategic planning and execution of client goals on legislative, regulatory and budget issues.

Prior to forming Gubera Public Affairs, LLC, Jon served for three years as the Senior Director of Government Relations for the Midwest region for The College Board, covering Illinois, Indiana, Iowa, Michigan, Missouri, Ohio, West Virginia, and Wisconsin. Over that tenure he demonstrated tremendous success and was recognized with the highest merit award (top 5%) from the company for each of his three years of service.

Jon started his public affairs career in 2007 with the DCI Group, LLC in Washington DC. At the DCI Group he gained intimate knowledge of the budget process working with the government affairs team primarily on securing federal appropriations for universities and other state entities. In 2008 he moved to Indiana to serve in the Indiana Department of Education (IDOE) and eventually with the Indiana Commission for Higher Education (ICHE) where he gained invaluable experience and knowledge of the inner workings of state government.

At IDOE, Jon was the Director for Advanced Placement (AP), International Baccalaureate (IB) and Dual Credit and built the nation’s first ever school-level statewide AP success model. During his tenure Indiana had the second highest increase in the nation for AP success. Throughout his tenure he worked extensively with the Indiana General Assembly and the Governor’s office on education policy initiatives. As the Associate Commissioner for Policy at ICHE he led their college and career ready initiatives and supported the budget and financial aid processes for higher education in the legislature.

Before the government affairs world, Jon perfected his skills of patience and persuasion as a high school teacher for ten years.

Jon has degrees in Political Science from Knox College (B.A.) and American Government from Georgetown University (M.A). He resides in Indianapolis with his family.